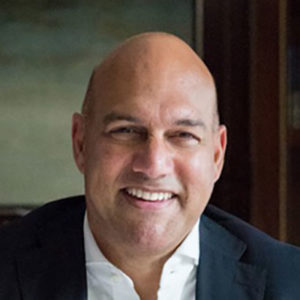 Salim is the Founder and Chairman of ExO Works and OpenExO, which help companies to implement the lessons from Exponential Organizations by emulating the world’s fastest growing companies. They inspire innovators to replace incremental innovation with 10X improvements, implement groundbreaking technologies and profitably achieve large-scale social impact. They have created billions of dollars of return on investment over the past 4 years for clients, including Procter & Gamble, HP, Visa, BHP, and Stanley Black & Decker.

Salim is a serial entrepreneur, having also founded technology companies including New York Grant Company, Confabb, PubSub Concepts, Fastrack Institute, and Ångströ, which was acquired by Google in 2010. He led Brickhouse, Yahoo!’s internal incubator and was the Founding Executive Director of Singularity University. He is a Board member of XPRIZE Foundation, Rokk3r Inc., Aion Advisory Board, and a General Partner of Rokk3r Fuel ExO Venture Fund. These associations give him extraordinary access to the most influential innovators of our time, plus technologies and business ideas while they are in stealth mode.

Salim’s quantum physics and philosophy education combined with his career experience gives him a uniquely macro vision of how the institutions that underpin our society and economy are broken and should be fixed. His entertaining, irreverent, epiphany-inducing presentations are known for impressing even the most skeptical listeners. 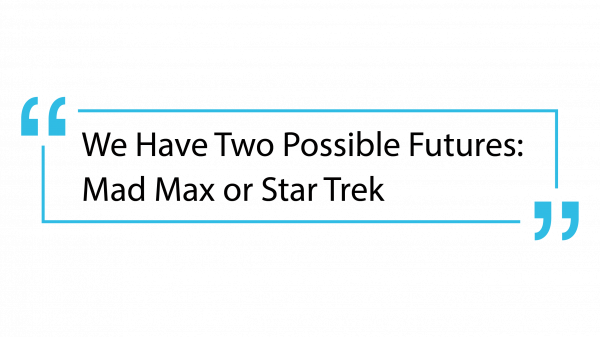 In this talk by Salim Ismail, he’ll paint the picture with examples of the two possible futures that lay in front of us, Mad Max or Star Trek. Right now, we may feel like humanity is headed towards a Mad Max dystopian future with more people being disenfranchised. But in fact, we do have a choice to move towards more of a Star Trek-like utopia. In Star Trek, diversity and tolerance are encouraged and inclusivity and equality are the norms. Technology can make the impossible, possible. Salim will explore this further with participants.

Salim will discuss some of the powerful myths and stories that can guide us away from Mad Max and toward a Star Trek future. He’ll invite participants to think, question, and challenge the status quo with the intention of creating a brighter future.