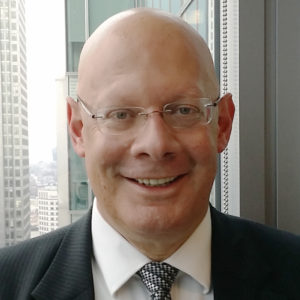 Usama founded Open Insights as a technology and consulting firm in 2008 after leaving Yahoo! to enable enterprises to get value out of their data assets and optimize or create new business models based on the new evolving economy of interactions. Leveraging both technology and strategic consulting Open Insights deploys data-driven solutions to grow revenue from Data assets through BigData strategy, new business models on data assets, and deploying data science, AI/ML solutions. Usama is also Co-Founder & CTO at OODA Health, Inc a VC-funded company aiming to liberate the healthcare system from administrative waste by leveraging AI/automation to create real-time/retail-like experience in payments in healthcare.

From 2013-2016 Usama served as Global Chief Data Officer & Group Managing Director at Barclays Bank in London, after launching the largest tech startup accelerator in MENA following his appointment as Executive Chairman of Oasis500 in Jordan by King Abdullah II in 2010. His background includes Chairman and CEO roles at several startups, including Blue Kangaroo Corp, DMX Group and digiMine Inc.

He was the first person to hold the Chief Data Officer title when Yahoo! acquired his second startup in 2004. At Yahoo! he built the Strategic Data Solutions group and founded Yahoo! Research Labs where much of the early work on BigData made it to open source and led to Hadoop and other open source contributions. He has held leadership roles at Microsoft (1996-2000) and founded the Machine Learning Systems group at NASA’s Jet Propulsion Laboratory (1989-2005), where his work on machine learning resulted in the top Excellence in Research award from Caltech, and a U.S. Government medal from NASA.

Usama has published over 100 technical articles on data mining, data science, AI/ML, and databases. He holds over 30 patents and is a Fellow of both the AAAI and the ACM. Usama earned his Ph.D. in Engineering in AI/Machine Learning from the University of Michigan. Ann Arbor. He has edited two influential books on data mining/data science and served as editor-in-chief on two key industry journals. He also served on the boards/advisory boards of private and public companies including: Criteo, Invensense, Exelate, RapidMiner, Stella.AI, Virsec, Silniva, Abe.AI, NetSeer, Choicestream, Medio, and others. He is on advisory boards of the Data Science Institute at Imperial College, AAI at UTS, and The University of Michigan College of Engineering National Advisory Board. He serves on the Board Advisory Committee to Nationwide Building Society in the UK and on the Advisory board of the WEF Global Center for Cybersecurity. He is an active angel investor and advisor in many early-stage tech startups across the U.S., Europe and the Middle East. 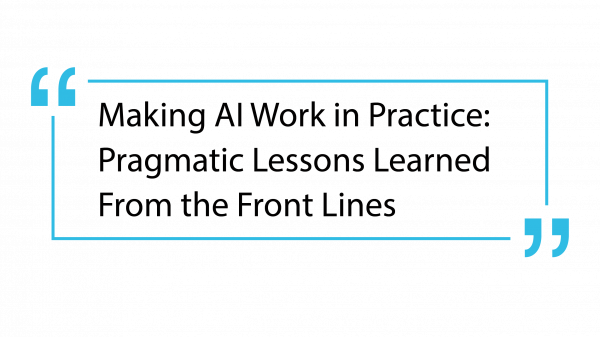 The dialog on Artificial Intelligence (AI) has been big on promises and unreasonable expectations of “magical” solutions to difficult problems. On the other side, there is much fear about AI replacing people’s jobs. Many worry that it will also take over control of work and perhaps personal life. Data – structured and unstructured – is the fuel that powers machine learning, and machine learning is the key to make most AI algorithms practical.

In the meantime, many businesses feel pressured that if they are not leveraging AI properly. I have been invited by many executive teams and corporate boards to explain what parts of this technology are real, what parts are hype, and most importantly what they need to do in their business in the short and medium terms to make sure they are keeping up with the best technology practices globally. In this talk, I attempt to demystify most of these concerns by simply describing in reality what has worked and what has not. The main theme is that the technology can be extremely useful and powerful, but is nowhere near the hype associated with it. The main themes I will cover are: 1. A brief history of AI: the fundamental challenges and why we are, and will be safe, from replacement by robots in the foreseeable future. 2. Winter is coming: We are on the verge of a third AI winter. But this does not mean that we should ignore the parts of the technology that work. It turns out, while most of AI has failed (with some very notable exceptions), Machine learning (ML) is behind most of what has worked. This has major implications as most of ML algorithms succeeded not because of great algorithm design, but primarily because a lot more data is available. Is Data an Asset or a Liability. Many organizations do not have the right Data Strategy to make data a working asset and to drive successful AI applications. Without the right data, AI will not work. Most organization cannot utilize the unstructured data they have and this is where bigData technology comes in. How Data can drive successful intelligence in a digital transformation. How to change the game by thinking through the right data strategy to enable intelligence.We conclude with examples of how to make AI/ML successful in business processes – from automation to intelligent actions. The key strength is the ability of the technology to perform certain functions at scale, which would otherwise require significant amounts of time and resources.