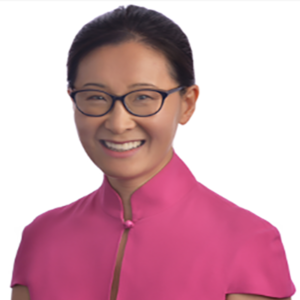 Diane Yu is the chief technology officer for FreeWheel, A Comcast Company providing global technology solutions for the future of television advertising. In this capacity, Diane leads the architecture and operation of FreeWheel’s video monetization platform, with oversight of a global engineering team spanning the Americas, Europe and China. Diane also is responsible for the engineering operations and complete lifecycle product development and leads organizational and high level technical architecture design. She was a co-founder of FreeWheel in 2007, and she also oversees engineering for Effectv, the advertising sales division of Comcast Cable, which is under Comcast Advertising alongside FreeWheel.

Over the past 10 years, she built and evolved the company’s research and development hub in her native Beijing. Today, the organization is comprised of over 600 engineers and ops employees in Beijing, France, Philadelphia, Chicago and New York — 30 percent of whom are female engineers, reflecting Diane’s commitment to diversity and inclusion in the workplace.

In 2017, Diane assumed greater responsibility as chief technology officer of Comcast Advertising, the advertising arm of Comcast Cable. Looking ahead, Diane’s leadership and commitment to innovation and engineering excellence will amplify a legacy of advertising technology solutions purpose-built to serve the needs of programmers, distributors and advertising agencies across the TV and digital ecosystem.

Diane earned her Bachelor of Science from Peking University and holds a MS in computer science from Ohio University.

In 2020, Cablefax recognized Diane as one of its Most Influential Multi-Ethnic Executives.