Bela Stantic is a Professor in Computer and Data Science at the School of Information and Communication Technology. He is also the founder and Director of “Big Data and Smart Analytics” Lab within the Institute of Integrated and Intelligent Systems, Griffith University.

Professor Stantic is internationally recognized in the field of data analytics and efficient management of complex data structures, such as found in Big Data. He was invited to give many Keynotes and invited talks at highly ranked International conferences and prestigious institutions as well as he has been doing the journal editorial duties and reviews of many topranked journals. Additionally, he was involved in organizing international conferences and served as a Program Committee member on more than 100 occasions at the top-ranked International conferences in the area of his research. He successfully applied his research interdisciplinary, most prominently applying Big Data analytics to tourism, environment as well as to health domain and attracted competitive funding. He has published more than 160 journal and conference peer-reviewed publications, which in turn helped to attract competitive funding from different sources. He was involved in the supervision of 25 PhD students.

Professor Stantic was dubbed ‘Nostradamus of 21 century’ for his bold and correction predictions. He built one of the most credible track records in correctly predicting elections, few to list: 2016 USA election, Brexit, Australian Federal and state elections, UK election, and so on, despite all polls got it wrong. 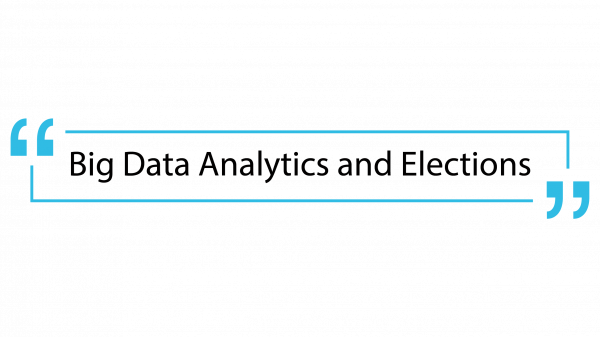 In this talk Professor Stantic will demonstrate the power of Big Data analytics through elaborating diverse areas of existing projects in Big Data and Smart Analytics lab, ranging from sentiment in Tourism to predicting environmental changes. Using examples Professor Stantic will show what can be done to extract valuable information hidden deeply in publicly available data and how that information can be also used for election predictions, which are just a testbed to test the accuracy of algorithms.